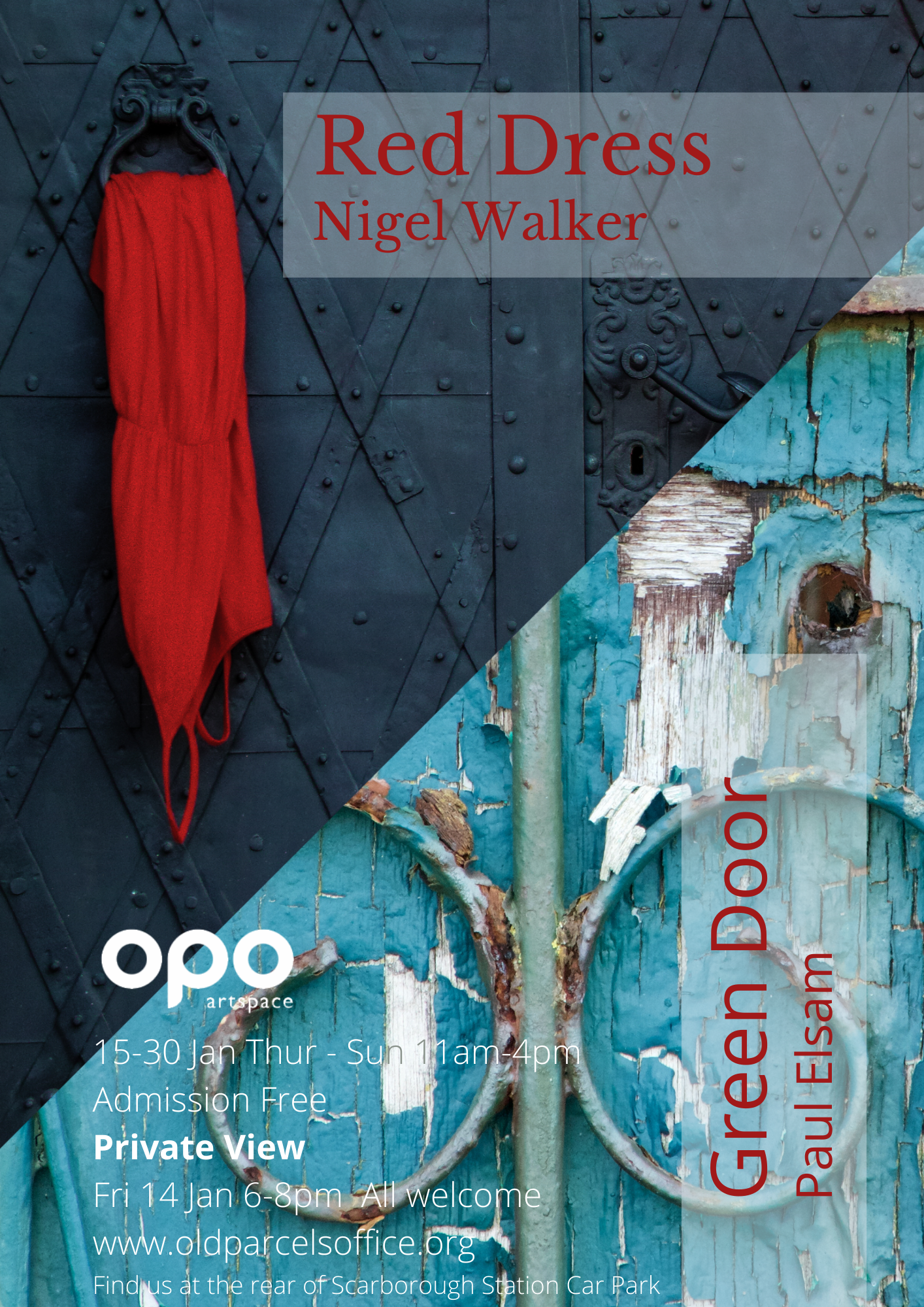 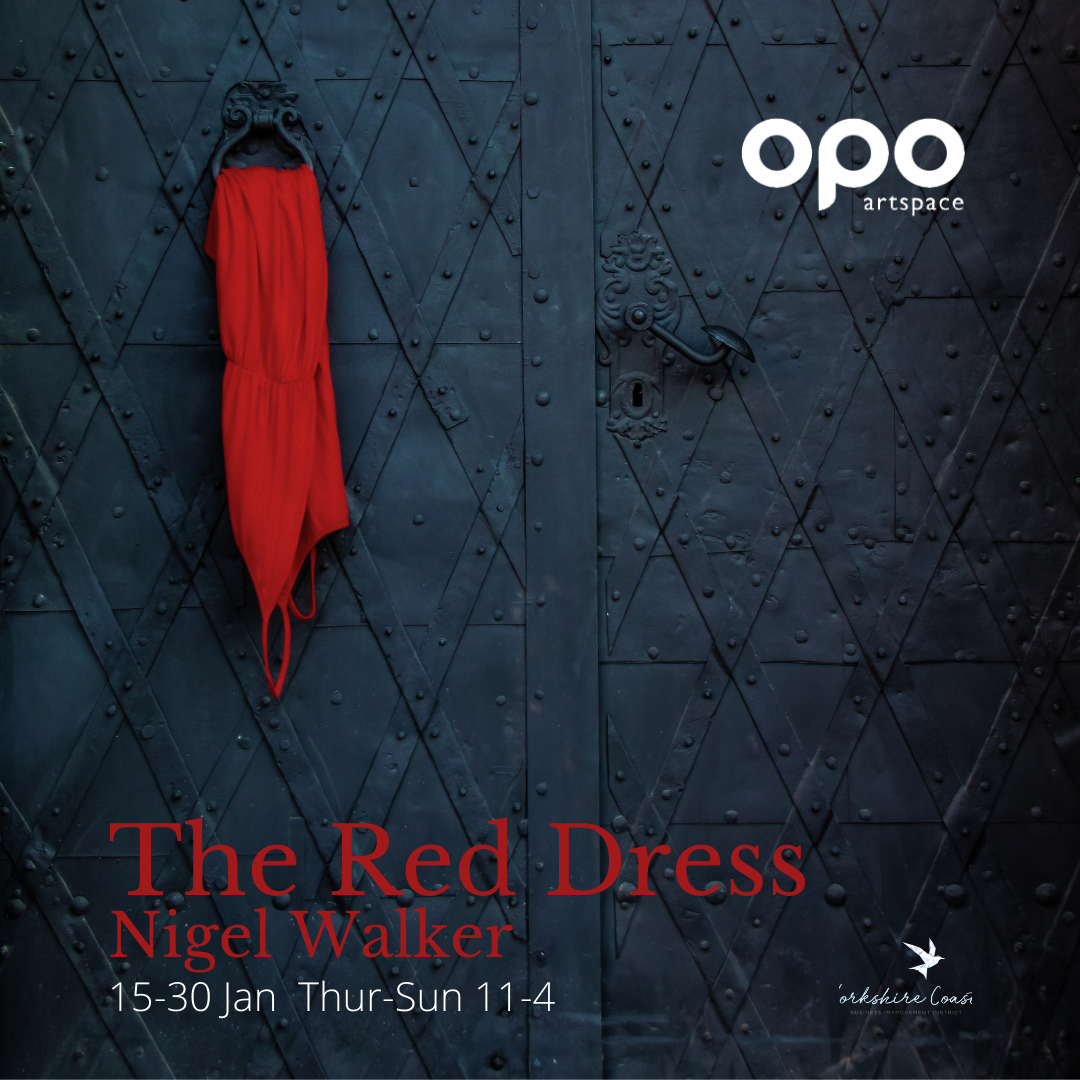 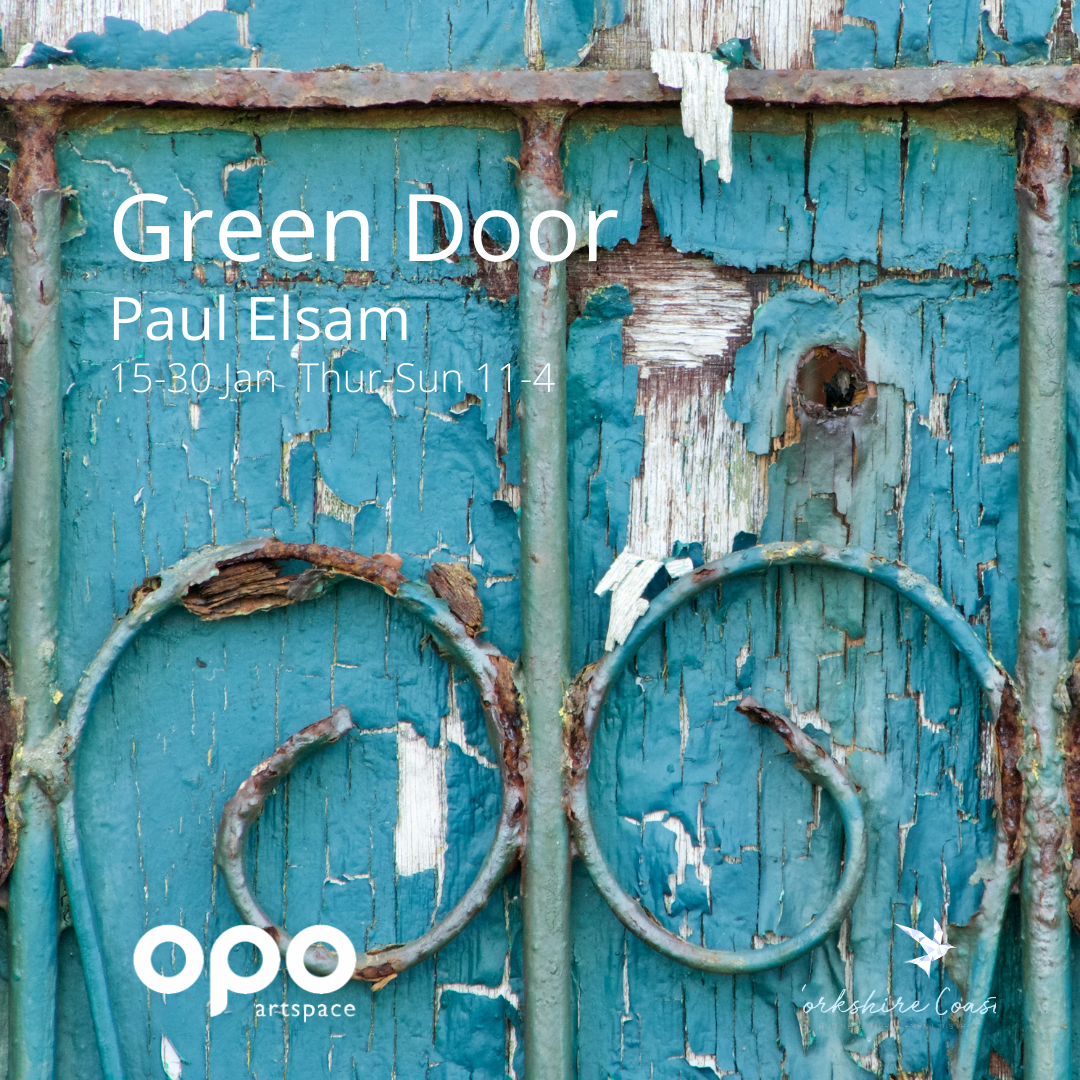 Yorkshire photographers Nigel Walker and Paul Elsam create a dialogue about photography and narrative through the contrasting images in their bodies of work.

The Red Dress is a challenge which sees the dress in different situations and open to your interpretations. The pictures show the influence of Robert Adam’s dictum that good photographs contain geography, autobiography and metaphor.  Photographed over three years this is a highly relevant show for our times and is accompanied by a book, “The Red Dress”.

Nigel Walker has been taking pictures for over fifty years and usually creates ideas and projects connected to narrative and social documentary themes, although he’s not above travelling for landscapes and the occasional portrait. He exhibits in both solo and group shows and has published a number of monographs. See his work at www.nigelwalker.co.uk or on Instagram @nigel2664

Green Door – During 2009, Paul Elsam was staying at New York’s shabby Hotel Chelsea when he noticed a similarly shabby church door across the street. Elsam became fascinated by its flaky green surface, cracked and unloved above a sea of faces, noise and traffic fumes. Returning home to North Yorkshire he began to see flaky green doors everywhere – remote, mostly, and sometimes so weathered that they were now barely even green.

Last year, feeling unsafe during the pandemic, Elsam quit his university lecturing job. Soon afterwards he began making long walks through a mostly empty countryside, ‘collecting’ green doors as he went. Elsam was responding to the beauty that can exist in decay, but also the illusion of absence: while there’s life behind (and even on) these doors, it’s rarely ever human.

Paul Elsam is a care-experienced actor with a doctorate. (He hopes one day to meet another one.) His career has encompassed performing in BAFTA and Olivier-nominated productions, writing drama-related books for Bloomsbury, fringe theatre directing, training actors, and most recently researching, project managing and co-designing the Wilfred Owen Windows at Scarborough railway station. Although Paul has been taking photographs for more than forty years, this is the first time his work has been seen in public. https://ello.co/docpaul