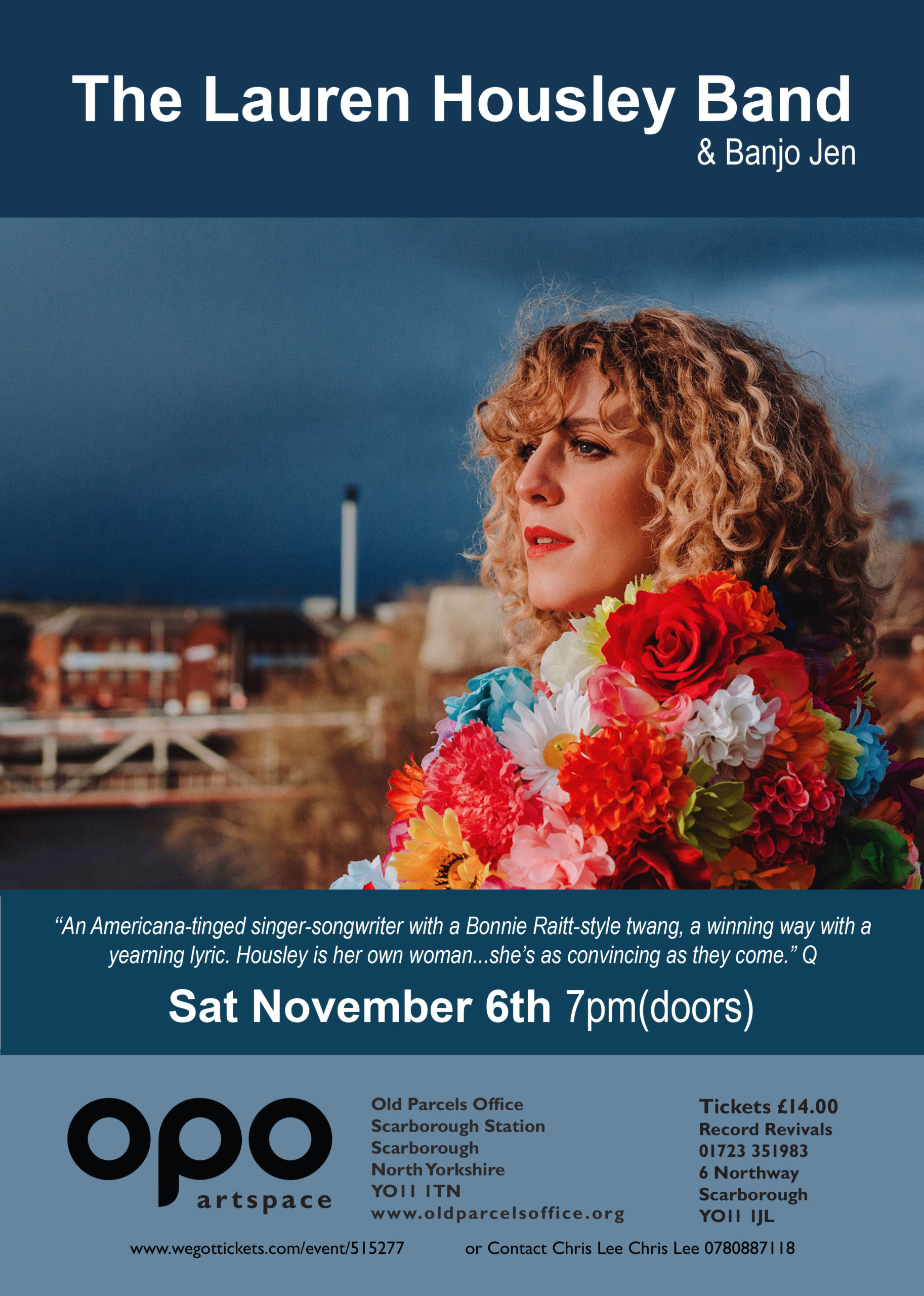 A welcome return to Scarborough for the roots influenced, soulful singer from South Yorkshire – Lauren Housley
Recently added to the Radio 2 playlist and a a new album, ‘ Girl from the North’ just released to rave reviews it promises to be a night to remember.
Plus support from the amazing Banjo Jen.

Girl From The North
Lovebird Recordings

A Dusty Springfield for the 21st Century?

A long time coming, but worth the wait.
2021 has seen Lauren Housley not only become a Mum, but she’s also managed to squeeze in recording her next album.
The field of Americana, with which Lauren has mostly been associated is a wide one, and on this release, she reaches out to the edges of that genre and many places beyond and in between too. This musical magpie-ery is far from fragmented though; as this album sees Lauren formulating a mature body of Country-Soul drenched Americana loveliness.

It’s absolutely amazing that this album was largely recorded in a Rotherham basement studio – it has the genuine feel of the American South throughout; from the musicians who know this sound and Lauren – who puts a very considerable vocal cherry on top of it all. There is absolutely no reason at all why this album shouldn’t sell millions, quite honestly – forget limiting labels – it’s a timeless, classic album that puts forward Lauren Housley as a Dusty Springfield for the 21st century.